You are here: Home / God's Communication / The Joyful Sound

“… He is the beginning, the firstborn from the dead, that in everything he might be preeminent.”

“But in fact Christ has been raised from the dead, the firstfruits of those who have fallen asleep.”

“When you come into the land that I give you and reap its harvest, you shall bring the sheaf of the firstfruits of your harvest to the priest, and he shall wave the sheaf before the LORD”

How blessed are the people who know the joyful sound! O LORD, they walk in the light of Thy countenance.

“How blessed are the people who know the joyful sound!” But what is this sound? And how do we recognise it?

Embedded in the text, the Psalmist alludes to the trumpet blast and joyful shout that announced and accompanied the feasts of the Lord. All three annual feasts of Israel – Passover, Pentecost and Tabernacles (in fact, seven, including the sub-feasts—see Lev 23; Num 10) – were characterised this way. Out of the Law and the Prophets (Old Testament), they provide a powerful type and shadow of Christ; the feast of Passover and Unleavened Bread being fulfilled in Christ who is our Passover Lamb and is the Bread of Life. We traditionally celebrate Passover (and its sub-feasts) each Easter in remembrance of Christ’s death, culminating in the celebration of his resurrection, typified in the feast of Firstfruits. Having been raised from the dead he became the “firstfruits of all those who sleep” (1 Cor 15:20)—in fact, the promise of the eschatological resurrection of all believers. He is both the personification and the promise of a new creation.

As raised from the dead, Christ reigns supreme not only by right of creation but also redemption. He is the “firstborn of creation” (Col 1:15) and the “firstborn from the dead” (v 18)—of a new creation. Christ’s resurrection signals the inauguration of a new age—one marked by life, in contrast to “this present evil age” (Gal 1:4) marked by sin and death. We have now “tasted of the powers of an age to come” (Heb 6:5). And so, we live at the intersection of two ages—“this present evil age” and “the age to come”—of seeming paradox and contradiction. Some times sin and death win out and some times righteousness and life.

With this dilemma in view the writer to the Hebrews explains:

In other words, the new age has already been inaugurated in Christ – “everything in subjection to him” – but we live with contradiction – “at present we do not yet see everything in subjection to him” – and so, we must live by the revelation of Christ’s resurrection and exaltation at the Father’s right hand – “but we see him crowned with glory”—and this, as a forerunner for us—the firstborn from the dead.

And so, the question is whether or not we can hear the “joyful sound” – the trumpet blast – of prophetic proclamation announcing the spiritual truth of the feast in the face of contradiction—that Christ as our firstfruits has been raised from the dead, inaugurating a new creation and a new age in which we now live by faith-obedience in him. Having tasted the powers of an age to come, with the Psalmist, we exalt in a “festal shout”—Jesus is alive!

David has served as a teacher and ministry leader for over 40 years. He teaches with a measure of prophetic gravitas and as the founder of Lifemessenger carries a message of reformation, particularly for the Western church and culture.

21st century Western man is now living in the moral debris of the 20th century experiment—the experiment of messianic statism – Marxist, Fascist, and now secular Humanist – with its rejection of God in Christ as the genius of the Western cultural heritage. Spiritually, morally, and financially bankrupt the West has now exhausted its options.

Our message despite the historic failure of humanity, including the church, is one of certainty and hope. God has a purpose for history and for nations—for their governance, prosperity, and peace. God’s plan for the planet is more than adequate for its crisis. Lifemessenger is committed to speaking a prophetically pertinent word to church and culture. 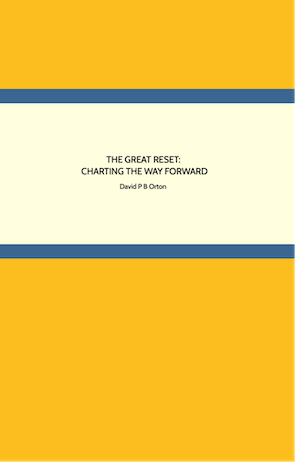